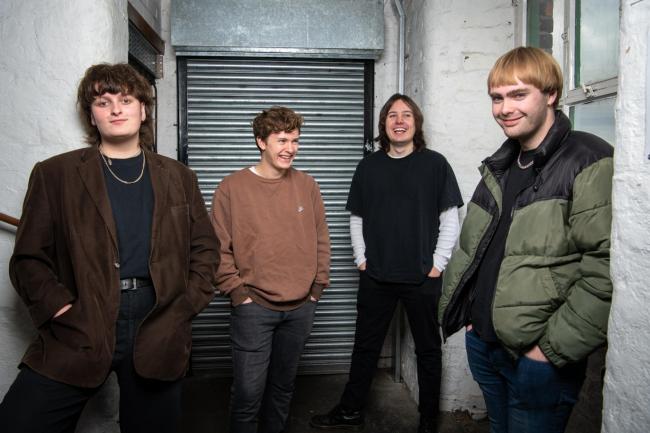 WITH RivFest around the corner, Charlotte Davies from Petty Management has rounded up the most unmissable artists on the line-up.

We know many in Warrington are looking forward to headliners Graeme Park, Everything Everything and Abi Rose Kelly, so here’s a rundown of the artists you may not have listened to before.

RivFest takes place at Golden Square in the Old Market Place from August 6 to 8 – Get you tickets today!

Lincoln trio The Rills have been rapidly growing a fanbase over TikTok and Instagram throughout the pandemic, racking up millions of video views and followers from their humorous insights into being in a band during lockdown. They’re not just an internet sensation though – their hyperactive indie punk and witty lyrics have proved so popular that they landed themselves a spot on this year’s Radio 1 Big Weekend line-up.

2. The Lounge Society
Hebden Bridge didn’t know what hit it when The Lounge Society formed, and, now part of the Speedy Wunderground label roster, the rest of the world have discovered their unique brand of spiky new wave sounds. Still in the early days of their career as a band, their recent EP, Silk For The Starving, has firmly pinned them as one of the most hotly anticipated acts on at RivFest.

For fans of: Working Men’s Club, Fontaines DC, The Fall

Making waves over in Manchester are indie-pop foursome Foxglove, who will be warming us up on the Saturday afternoon. Vocalist Abi White’s shimmering vocals paired with glistening guitar melodies make for gorgeous sunny afternoon listening.

Another band guaranteed to bring the sunshine is Brighton alt-pop four piece Orchards. Their debut album, Lovecore, was a firm favourite when it dropped in 2020 for its danceable math-rock melodies. The band have been dropping hints that they’re back in the studio recently, so there’s every chance we will get a sneak peek of some new material by the band.

Two albums in and Liverpool’s Liam Brown – as known as Pizzagirl – has become one of the most popular emerging acts of the last few years. His second album, Softcore Mourn – released on Manchester label Heist Or Hit – is a multi-genre work of art, complete with fuzzy synths, ‘80s dance beats and ‘coming-of-age’ movie vibes. Pizzagirl’s set at RivFest is guaranteed to be unforgettable.

This Warrington musician has had a meteoric rise in the past year, receiving critical acclaim from all corners of the indie music press. Her single, Nice Try, was a favourite with the likes of DIY Magazine, and her new EP, Going In Blind, is an emotional rollercoaster of soaring vocals wrapped up in dreampop melodies. Catch Jessica Luise at RivFest so you can brag that you saw her first.

For fans of: Pale Waves, The Sundays, Fleetwood Mac

Indie boys The Zangwills are another act who have taken the country by storm of late, with music so catchy and unforgettable, it even caught the attention of Game Of Thrones’ Maisie Williams, who directed the music video for their latest single, Judas On The Dancefloor. The Zangwills sub-headline the Sunday at RivFest, and who knows, if their rising popularity is anything to go by, maybe we’ll see them headlining a couple of festivals in the future.

For fans of: The Courteeners, No Hot Ashes, The Ks

Combining melodic indie-pop and gritty post-punk, Hadda Be’s debut album, Another Life, was released in the midst of the pandemic, capturing the vibrant energy and spirit of the four piece. A favourite of the BBC Radio 6Music clan, their grungy sounds have built the band a cult fanbase across the UK.

Merseyside indie-poppers More In Luv are probably the newest act on the RivFest line-up, but in the short time they’ve been together they have built a solid reputation for crafting uplifting, hooky pop bangers. Recent singles, Someone Else, and Like You bring the summer vibes and guarantee a sweet serotonin boost, so head down on Saturday, August 7, for a mid-afternoon dance.

For fans of: The Lottery Winners, The 1975, Years And Years

Multi-talented ‘80s inspired group The A.V. Club are a local bunch with a taste for nostalgic synthpop sounds and catchy cinematic hits. Their relatable lyrics and ‘Stranger Things’ inspired image has drawn in fans from across the globe, particularly with releases, Mistakes, and Movie Screens. Another recent single, Better Days, is the perfect anthem for the post-lockdown joy we’ll all be feeling across the RivFest weekend.

For fans of: Twenty One Pilots, Wallows, Sea Girls